It's Swedish for "These are the End Times When All Man's Works Fail".

Somewhat innocuous at first, right? But in the words of Spinn, "... there’s a specific picture that is the turning point from 'ick' to 'God has abandoned us'. See if you can guess which it is."

Researchers have discovered a new species of spider on Western Australia's south coast.

The group has also uncovered a population of an ancient arachnid known as the Assassin spider.

The spiders were found at a number of sites along a 70 kilometre stretch of coastline near Albany.

The Assassin spider is just five millimetres in length and, despite its name, is harmless to humans.

Mark Harvey from the Western Australian Museum says the Assassin spider is a threatened species and is believed to date back 150 million years.

He says it is a significant discovery.

"We hadn't seen that species for about 25 years, so to find them quite happy in their habitat on the south coast was quite a boon for us," he said.

The new species of spider, which is yet to be named, is about four millimetres long and was discovered at Bremer Bay.

A Survivor In Greenland: A Novel Bacterial Species Is Found Trapped In 120,000-year-old Ice

Excerpts from the article:

A team of Penn State scientists has discovered a new ultra-small species of bacteria that has survived for more than 120,000 years within the ice of a Greenland glacier at a depth of nearly two miles. The microorganism's ability to persist in this low-temperature, high-pressure, reduced-oxygen, and nutrient-poor habitat makes it particularly useful for studying how life, in general, can survive in a variety of extreme environments on Earth and possibly elsewhere in the solar system.

This new species is among the ubiquitous, yet mysterious, ultra-small bacteria, which are so tiny that the cells are able to pass through microbiological filters. In fact, some species have been found living in the ultra-purified water used for dialysis. "Ultra-small cells could be unknown contaminants in media and medical solutions that are thought to have been sterilized using filters," said Loveland-Curtze.

Excerpts from the article:

After its discovery by Dr. Aaron Bauer on the South Pacific island of New Caledonia, a new gecko species remained nameless, until now. New Jersey fourth grader, Gemma Farquhar has given the once nameless species of gecko an identity. As the grand prize winner of the nationwide contest, Project Gecko presented by Zilla, Farquhar's name Bavayia periclitata will be given to the new species.

"I chose this name because it means endangered and it will make people think about how our geckos are disappearing and are on the endangered list. I hope people will try harder to protect our geckos," said Farquhar. "Winning Project Gecko means a lot to me because I named a whole new species of gecko for eternity and giving the gecko this name may mean there's a better chance to help other species."

This little guy is a Cowfish, (which as far as I can tell does not appear on the tag list.)

( Collapse )
I found him in the Seattle Aquarium, posing for the camera. Also known as boxfishes, cofferfishes, and trunkfishes.

Meet the Mata Mata Turtle: now retailing for $400 at your local pet shop:

blasphemusfish and I figured that there needed to be more help because of being spotlighted. Spotlighting can ruin communities sometimes. :(((

I COME BEARING A GIFT - this place is sorely lacking weather/natural disaster pics.

Source: National Geographic: Chile Volcano Erupts With Ash and Lightning
This is an orchid mantis, otherwise known as Hymenopus coronatus.

Hey guys. Just popping in to remind some people that they really ought to read the rules before posting and that there is a tag list just begging to be checked before hand as well.

Having to constantly remind people to check it is getting rather tedious, I'd also like to stress this to the new members who are joining after seeing the community featured in the spotlight.

I've seen them several times at the Montery Bay Aquarium when i lived in Monterey in central California.<3 They're amazing, especially how they move and can shimmer in dark water. 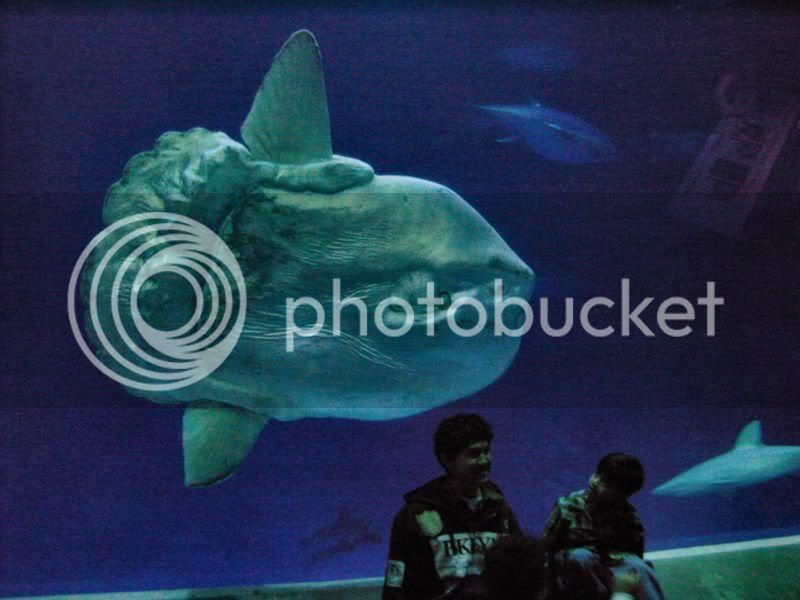 Huge cicada on my face, seems to invoke the AARGH reaction from people
( Collapse )

I found these while searching for some reference photos on Flickr. We've all heard about sharks hunting sea lions. How about sea lions hunting sharks?

Kissing gouramis are also known as kissing fish or kissers. They are a tropical freshwater fish found from Thailand to Indonesia where they are eaten as food. These cute fish get their name from their unique mouths which are highly protrusible so when they move them it look like they are puckering up to kiss. The "kissing" is an aggressive gesture and males "kiss" while trying to attract females. (there are fish yaoi fans who knew?) Sometimes they "kiss" another fish (when it's another kissing fish it's adorable) or objects in the tank.


Link to a video of a pair kissing because LJ is being a pain: http://youtube.com/watch?v=k6Jj0TDSlXY


Edit: Added infomation about the "kissing"

This community is fabulous.Since you have all succeeded in creeping me out,here is my contribution for the day(drum roll)-

Because of the combo of recent posts.

And there's vampire moths. Calyptra from SE Asia I already knew about, apparently evolved from fruit-suckers that found eyeballs to be an adequate substitute. Oddly, they're also turning up in Finland - http://www.treehugger.com/files/2007/06/skin_piercing_vampire_moth_va.php

But a recently observed Madagascar species goes one further.

It uses a harpoon.

Fairly scary thing to find stuck under your eyelid in the morning, I'd expect

So my first post will be about Darwin's frog

What do you think?
Could the rats have come after and humans could've inhabited earlier rat-free?
Or have rat bones thrown a monkey wrench into history?