..but keeping up with the whole idea of pet spay/neuter support

What is hip dysplasia?

The hip joint is a "ball and socket" joint: the "ball" (the top part of the thigh bone or femur) fits into a "socket" formed by the pelvis. If there is a loose fit between these bones, and the ligaments which help to hold them together are loose, the ball may slide part way out of the socket (subluxate). With time, as this occurs repeatedly, other degenerative changes in the joint occur (also called osteoarthritis) and your dog will become painful, lame and weak in the hind end.

This disease is progressive; that is, it gets worse with time.

And if you do plan on breeding.. For the love of Benji please get your dogs genetically tested first.

(No pictures behind cut. All text. It's too late to go looking for picture examples.)

Scientists in Australia's tropical north are collecting blood from crocodiles in the hope of developing a powerful antibiotic for humans, after tests showed that the reptile's immune system kills the HIV virus.

Natural immunity to the AIDS virus

Throughout the history of the AIDS epidemic, a few lucky people have avoided infection despite being exposed again and again. Now, researchers are traveling back in evolutionary time to understand why some people are resistant -- and in some cases virtually immune -- to the AIDS virus.

Studies released this week and last year suggest that the roots of AIDS immunity extend back for centuries, long before the disease even existed. Our ethnic backgrounds and the illnesses suffered by our distant ancestors appear to play a crucial role in determining whether our genes will allow HIV to take hold in our bodies.

Genetic resistance to AIDS works in different ways and appears in different ethnic groups. The most powerful form of resistance, caused by a genetic defect, is limited to people with European or Central Asian heritage. An estimated 1 percent of people descended from Northern Europeans are virtually immune to AIDS infection, with Swedes the most likely to be protected. One theory suggests that the mutation developed in Scandinavia and moved southward with Viking raiders.

I live in Alaska. So a couple days ago I noticed a strange haze on the horizon. I just figured the state had another forest fire somewhere and didn't give it a 2nd thought. But, as the days passed I realized there had been no reports of a fire. So why was there a haze?

Because there is a HUGE sandstorm in Mongolia and a HUGE forest fire in Siberia. The wind is just perfect enough that Alaska is getting covered in a haze.

The 17-Year Cicadas are coming out of their yearly hibernation on Cape Cod right now to begin mating.

This is the webcast from the Cape Cod Times about them (sorry it also has some local news as well).

complete with pictures, just click on the header picture and more should come up.
I had no idea animals besides coral and such could reproduce asexually. HOWEVER-

The Angora rabbit is a variety of domestic rabbit bred for its long, soft hair. The Angora is one of the oldest types of domestic rabbit, originating in Ankara, Turkey, along with the Angora cat and Angora goat. The rabbits were popular pets with French royalty in the mid 1700s, and spread to other parts of Europe by the end of the century. They first appeared in the United States in the early 1900s. They are bred largely for their long angora wool, which may be removed by shearing, Combing, or plucking (gently pulling loose wool).

There are many individual breeds of Angora rabbits, four of which are ARBA recognized. Such breeds include French, German, Giant, English, Satin, Chinese, Swiss and Finnish, to name a few.

Angoras are bred mainly for their wool because it is silky and soft. Most are calm and docile but should be handled carefully. Grooming is necessary to prevent the fiber from matting and felting on the rabbit. Because they are prone to hairballs, they should be groomed everyday or every other day. A condition "wool block" is common in angora rabbits and should be treated quickly. Sometimes they are shorn in the summer as the long fur can cause the rabbits to overheat. They also need a flea collar, as they are prone to getting them.

All things considered, this being my first informative post, I'm kinda bummed there isn't a "rabbit" or "bunny" tag available.

National Geographic: A species of lizards has stunned scientists by going through millions of years of evolution in just thirty years.

"Rogue Waves" are waves that are much larger than other waves given the current sea state. The definition cited on wikipedia is: "[Rogue waves] are more precisely defined as waves whose height is more than twice the significant wave height (SWH), which is itself defined as the mean of the largest third of waves in a wave record."

It's worth noting that tsunamis are not rogue waves. The process that creates rogue waves is poorly understood, but we have an extremely clear idea on the causes of tsunamis.

From the above wikipedia article:

It is common for mid-ocean storm waves to reach 7 meters (23 ft) in height, and in extreme conditions such waves can reach heights of 15 meters (49 ft). However, for centuries maritime folklore told of the existence of vastly more massive waves — veritable monsters up to 30 meters (98 ft) in height (approximately the height of a 10-story building) — that could appear without warning in mid-ocean, against the prevailing current and wave direction, and often in perfectly clear weather. Such waves were said to consist of an almost vertical wall of water preceded by a trough so deep that it was referred to as a "hole in the sea"; a ship encountering a wave of such magnitude would be unlikely to survive the tremendous pressures of up to 980 kPa (142 psi) exerted by the weight of the breaking water, and would almost certainly be sunk in a matter of minutes.

Rogue waves are something that sailors have been describing for years (if not millenia), but scientists were hesitant to admit their existence until the so-called "Draupner wave" hit the Draupner oil platform, in the North Sea on January 1, 1995. Recording instruments on the oil platform measured the height of the "Draupner Wave". Damage to the oil platform itself confirmed the existence and size of the wave.

From a Fortean point of view, rogue waves are interesting in that they are an example of a widespread phenomenon -- supported by large numbers of eye-witness reports -- whose reality was rejected by the scientific establishment until it was impossible to continue denying its existence.

One of the better videos of a (relatively small) rogue wave impact was caught on a television show called "Deadliest Catch".

I was directed here by a member of

thequestionclub. I have a spider question...Warning, it's freakish and scary looking....

And, so I don't run into this problem and have to bother you fine people again, how would I go about finding this sort of thing out in the future? Thanks! =)

Edit: Answered. It's a Woodlouse Spider. Thanks to

Blue stripes are often created when a crevice in the ice sheet fills up with melt water and freezes so quickly that no bubbles form. When an iceberg falls into the sea, a layer of salty seawater can freeze to the underside. If this is rich in algae, it can form a green stripe.

Brown, black and yellow lines are caused by sediment, picked up when the ice sheet grinds downhill towards the sea.

Something gorgeous can sink my ship any day.

WARNING: bad language if you're at work or around small children or easily offended by that sort of thing?

never posted here before, but thought this was interesting:
(he's not that bad looking...)

inspired by the psoriasis post & well, that, lucky me i have this & i get to be like "wtf nature" every day...

What is rheumatoid arthritis?

Rheumatoid arthritis is an autoimmune disease that causes chronic inflammation of the joints. Rheumatoid arthritis can also cause inflammation of the tissue around the joints, as well as in other organs in the body. Autoimmune diseases are illnesses that occur when the body tissues are mistakenly attacked by its own immune system. The immune system is a complex organization of cells and antibodies designed normally to "seek and destroy" invaders of the body, particularly infections. Patients with autoimmune diseases have antibodies in their blood that target their own body tissues, where they can be associated with inflammation. Because it can affect multiple other organs of the body, rheumatoid arthritis is referred to as a systemic illness and is sometimes called rheumatoid disease.

you can read much more about it here.
( Collapse )

Yes, yes I just posted a few minutes ago.
But I'm currently babysitting my little sister and she keeps insisting that I post this video as well.
It's pretty gross I'm not going to lie.
Nothing really ugly or abnormal about the elephants, just...gross? And definitely WTF!?
Sorry if it makes your stomach turn, just had to make the little kid happy.

With a question. These bugs that look like misquitoes (sp?) keep coming into my house when the door is open, and I thought they were for awhile, until a friend had called them mayflies, so i'm confused. What's is this bug? If anyone could find out, please tell me.

Hummingbirds are amazing, each of the 328 species is prettier than the last. It's sad that most people only see images of the Ruby Throated Hummingbird, maybe an Anna's, Calliope, or other North American species.

Central and South America have a lot of the cool ones, but for a good wtf, I bring to you the genus Lophornis, the Coquettes. 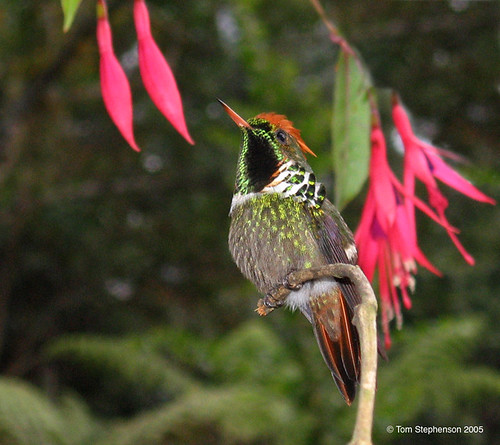